Why I #PledgeToListen: Joseph’s Story

When I was a child, my grandfather and I would wake up early every Sunday morning before we attended church and pick all of the fruits and vegetables that had ripened in his garden. After washing and dividing them into bags, we would drive from relative to relative’s house and deliver the fresh produce. There was a black man of my grandfather’s age who we would always deliver vegetables to, and my grandfather would frequently stay and chat with him while I played in the man’s yard. I came to discover that the man had been my grandfather’s childhood best friend. But when my grandfather turned seven-years-old, his parents instructed them to no longer be friends, because his friend was black and a son of sharecroppers who worked on our family land.

Now, after spending thirty years in the Navy and duty stations all over the world, my grandfather has returned home and is attempting to correct the past by rekindling a disallowed friendship. I believe he knew as a child that there was no difference between him and his friend, yet he observed how they were treated differently. In a way, my grandfather was trying as he could to undo and correct the past.

Like my grandfather, I have also had to correct instances of racism from my past.

One Thanksgiving, my grandfather gave me an early Christmas present– a Red Ryder bb-gun. This quickly became the way I wanted to spend all of my time. After school, I would sit outside and shoot at pie tins until the sun went down.  I was so excited on Christmas Eve to share my new-found favorite activity that I walked around our family Christmas party telling everyone who would listen how much I liked shooting my bb-gun. My bragging was going well until I approached a second cousin and told him about the toy gun and how grandpa and I would always shoot it together.

He replied, “Do you like shootin’ cans boy?” “I usually shoot pie tins, but I would shoot a can too,” I explained. Then he said something that would change my perception of where I lived—  “Mexi-Cans, Puerto Ri-Cans, Afri-Cans,” he said, laughing gruffly. I walked away with my head hung. How could someone think that way? From that moment on I vowed to never be racist. I would do whatever it took to not let people like him influence me.

What I didn’t know at the age of seven is that no one chooses to be racist; we are all, in some way or another, a product of our environment. Just as my grandfather was not allowed to play with his best friend, I attended a highschool with only three black students. A lot of the people I knew and interacted with daily were overtly racist, and their parents were racist too. My environment was deprived of cultural diversity, and placed me in the company of bigots. As a result, I began to adopt ideals that I am in no way proud of. I would make assumptions about people based on their socioeconomic status, or perceive threats to myself based on someone’s race.

Fortunately, after leaving my small hometown, I had the opportunity to go abroad and travel. First in the Marines, and then as a tour guide and adventurer. It was this time away from all the biases of my country that allowed me to process what had happened. What I learned is that racism does not exist in a vacuum. It occupies space within the environment and enters a person through osmosis. It seeps in through the pores, pushing out potential good. It is the space, reflection, and time away that has allowed me to examine my thoughts and the cultural norms that I lived in, and ultimately started me on the path of undoing the sickness of racism that acted upon me during my childhood in the South. 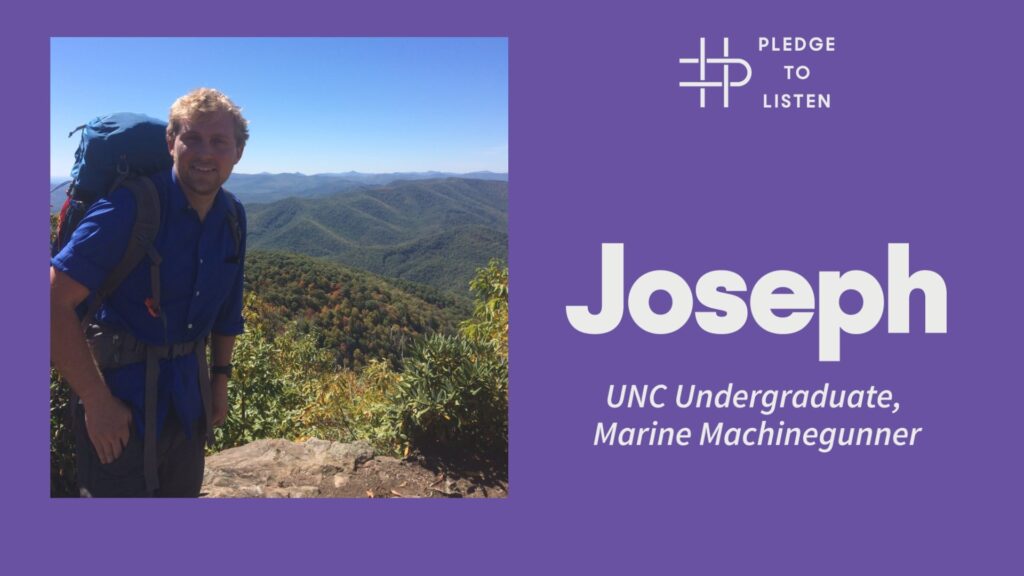 The original submission has been edited for grammar and clarity.

Fulfilling our Role as Americans

#LetsTalk: Looking Back on January 6th